Once in a year, a state of emergency prevails on the tranquil island of Chios in the Eastern Aegean Sea. Chios is located east of Athens, West of Turkey, is the fifth-largest Greek island and thus the tenth largest in the Mediterranean. The inhabitants of the town of Vrontados prepare for war. Windows and doors are barred, houses covered with wire bars before the upcoming chaos. 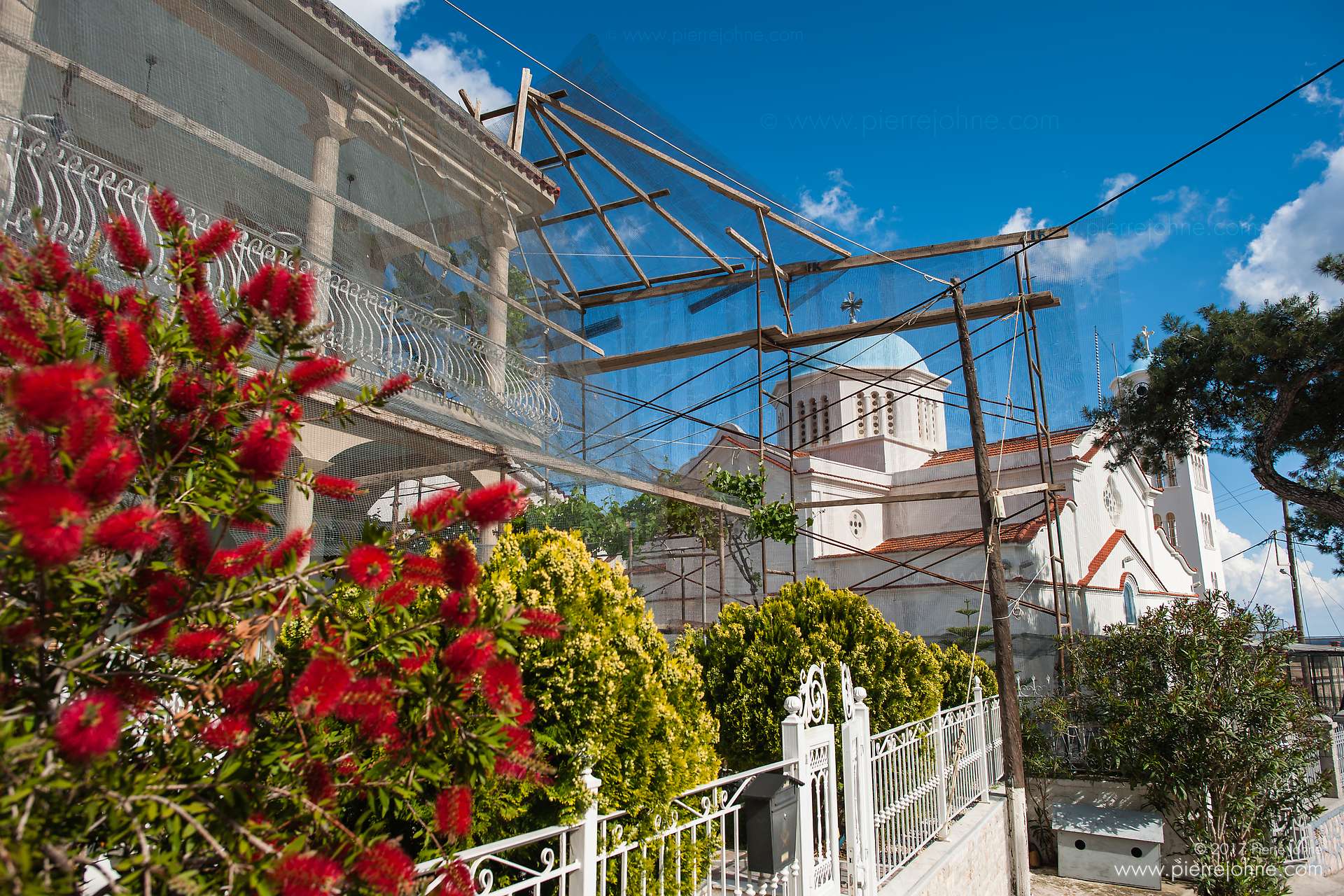 Every year on the evening of Easter Saturday the city prepares for the Rouketopolemos (Greek Рουκετοπόλεμος) literally rocket war. The residents of the buildings which are closest to the two churches Panagia Erithiani, the Blessed Virgin Mary, and Agios Markos, Saint Mark, have to protect their homes against the 60,000 to 80,000 firework rockets, which are fired by the two largest parishes of the city. The two church communities have been fighting in a symbolic fire war, whose root is not quite sure. There are several legends about the origin of the practice: one says that the Ottoman occupation wanted to ban the traditional Easter of the inhabitants. The Christians of the Church of Panagia Erithiani and Agios Markos decided to deceive the Turks to keep away the besiegers with an apparent war. Real cannons were used for the spectacle until 1889 till they got banned by the Turkish Government of the Ottman. After that the smart island residents simply tinkered their own rockets. In fact the Turks were so intimidated by the noise, the firebreak and the cannons/rockets, that they kept a safe distance while the communities could continue to celebrate their traditional Easter. 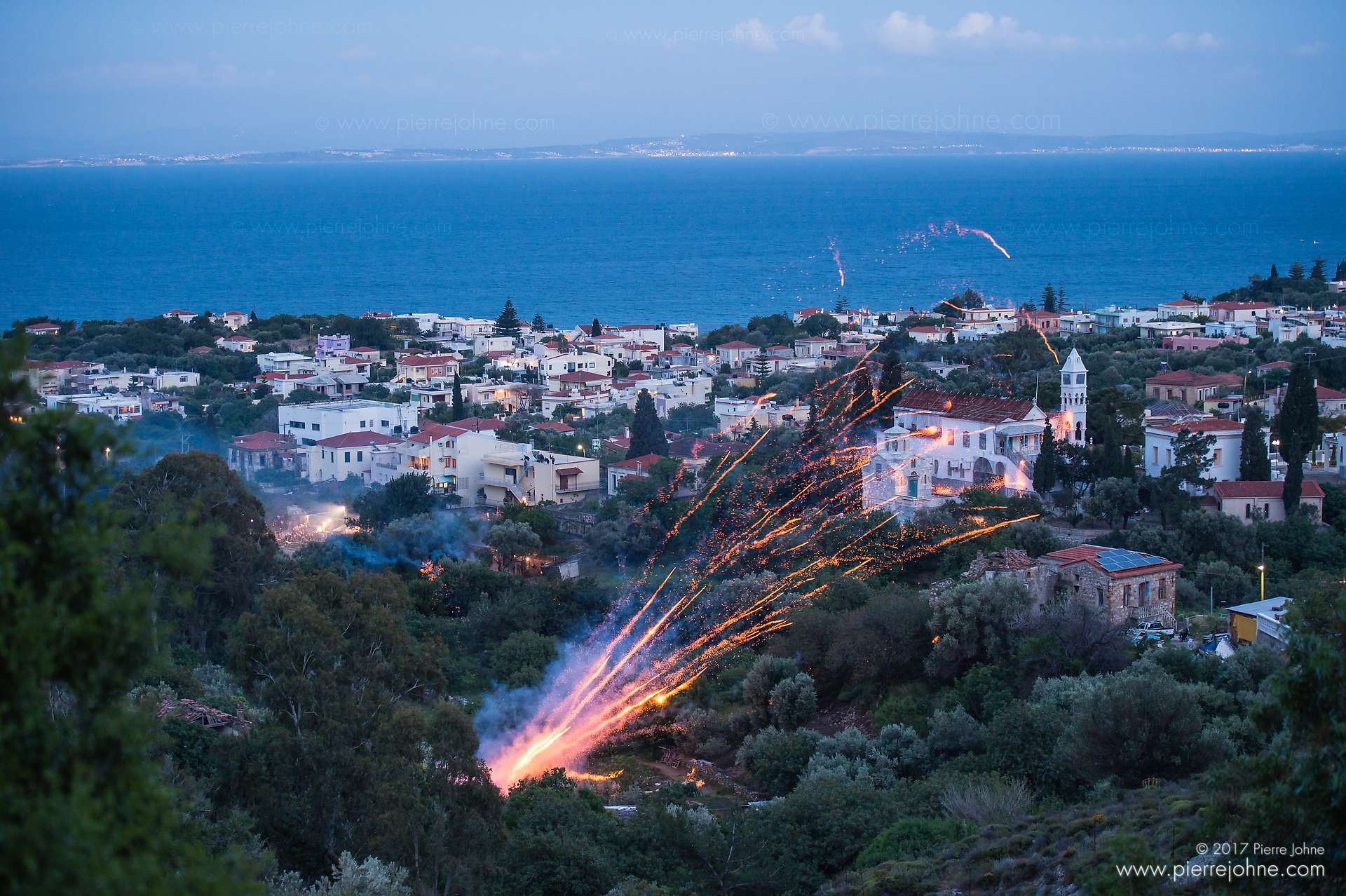 Chios officially belongs to Greece since 1913 and there was no need to carry on with the fake war, but it already developed into a tradition and established as social event. In our days the goal of the warring parties is to hit the bell of the other church with a rocket and each year after the “rocket war” is over, each of the communities claims the victory for themselves and every year they agree to be divided over who first hit the bell. Some residents, especially the owners of the houses that are closest to the churches, show their discomfort about the explosive nature of this tradition, because of damage on the surrounding buildings by the fast, selfmade rockets. Tourism is not in first place at this event. For the inhabitants of the city and the whole island it is a fun affair and is more of a joyful get-together with fireworks, music and barbecues. 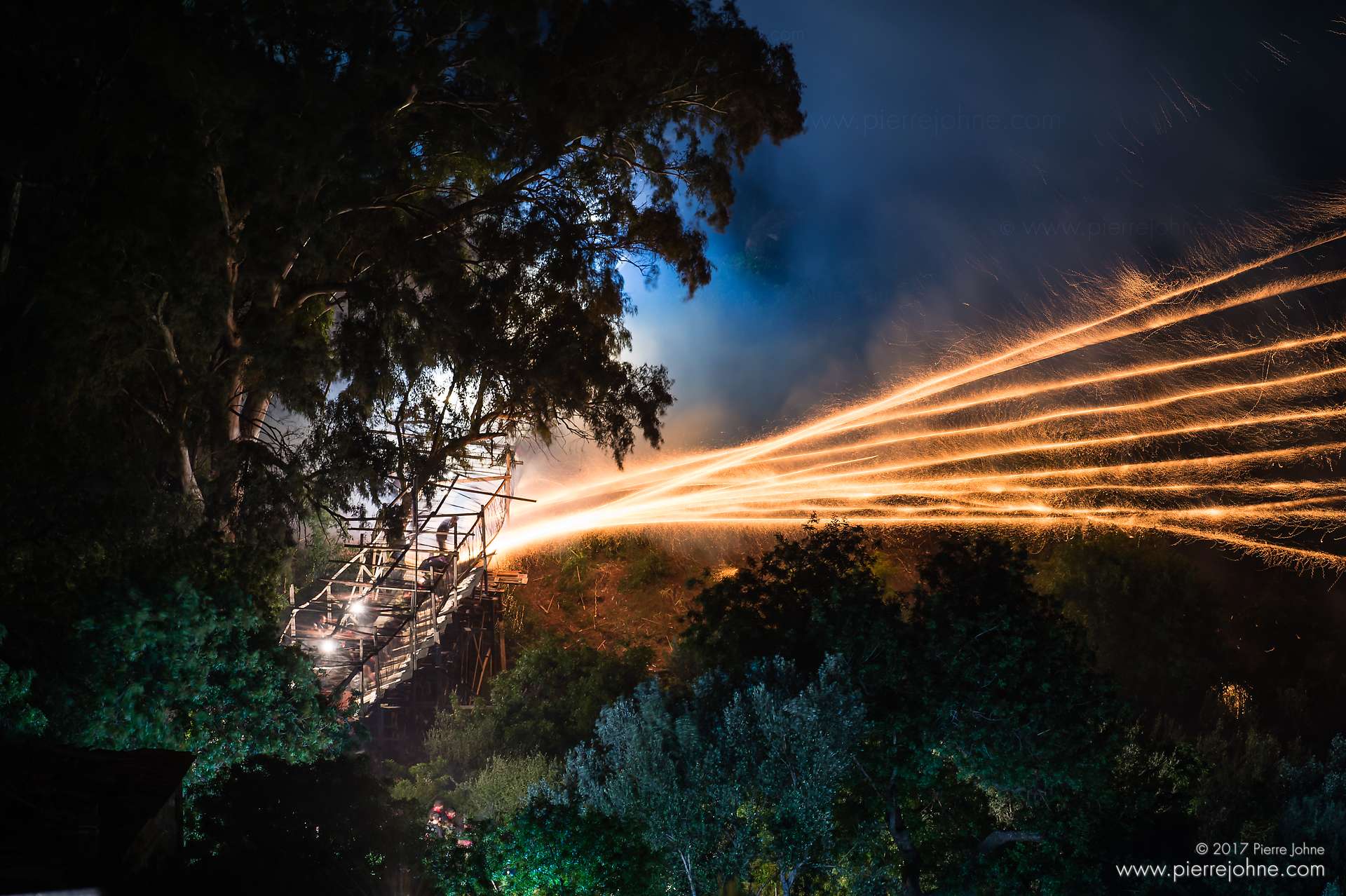 2014 I was told that more than 75.000 rockets were prepared from mid last year until the event. The people of the city were very friendly and invited me to laugh, celebrate, eat and drink with them. One of the participants told me: “We’ll start with some test runs at 19:30 and at 20:00 we’ll burn the whole fucking place down”. Oh, he was so right about it! It was a spectacular! Thousands of rockets shot through the night sky, it smelled like gunpowder and was an incredible sight. 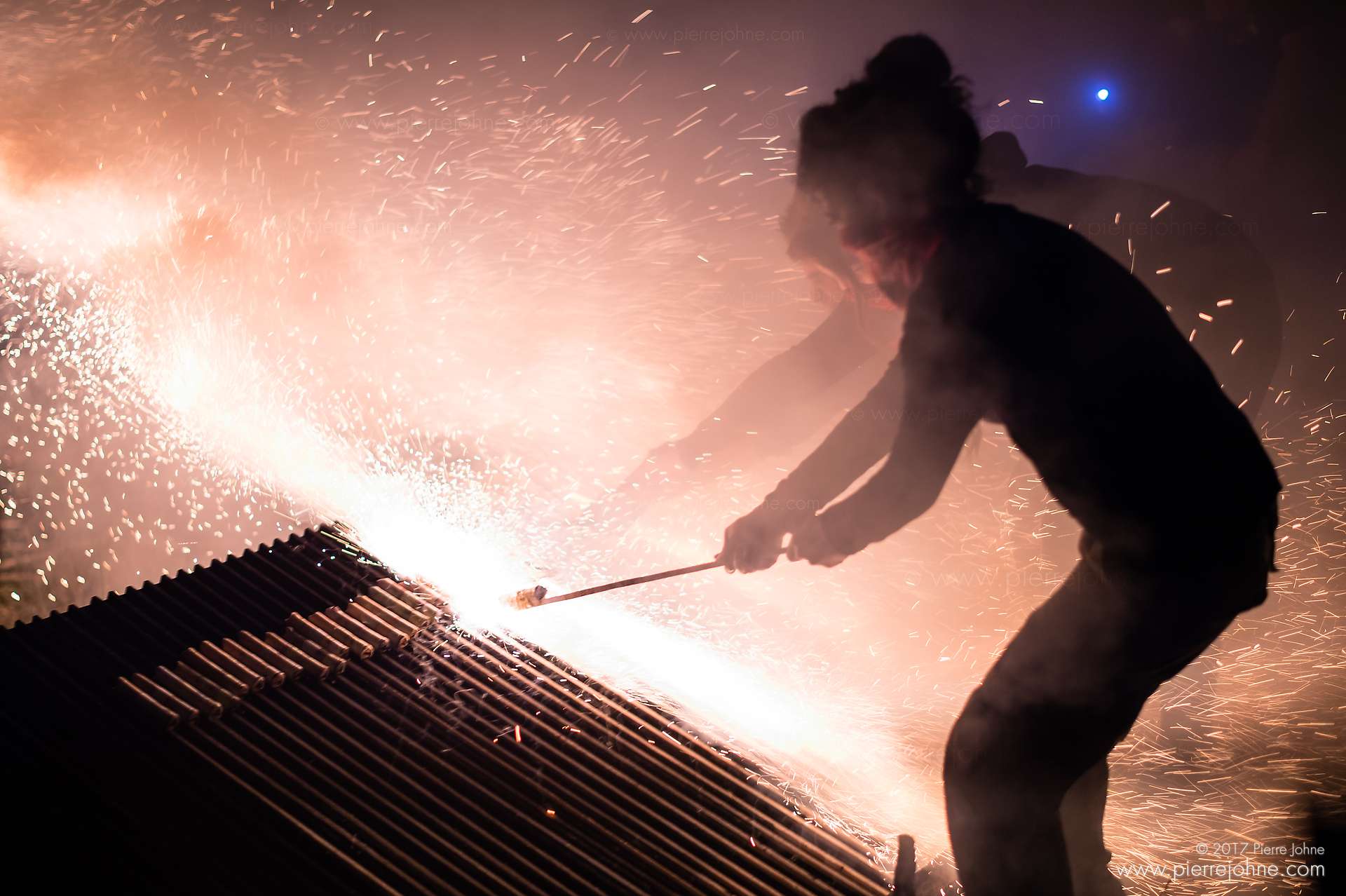